If you are searching to dive into India’s architectural wonders as well as traverse its rich and beautiful history, then all you need to do is take a trip to Rajasthan. Rajasthan is one of the states that are believed to have more history as compared to the rest of the country put together. During your trip to this state, there are countless places to visit in Rajasthan.

Rajasthan is the most visited state in India as it shows India at its most exotic best. Rajasthan sightseeing is something that you cannot afford during your visit to this state.

If you are confused about where to stay in Rajasthan then Rawla Narlai is the perfect option as it is one of the heritage hotels in Rajasthan. In this hotel, you will get first-class facilities, ensuring your comfortable stay. Here is a complete list of top destinations in Rajasthan.

Jaisalmer: Known as the Golden City 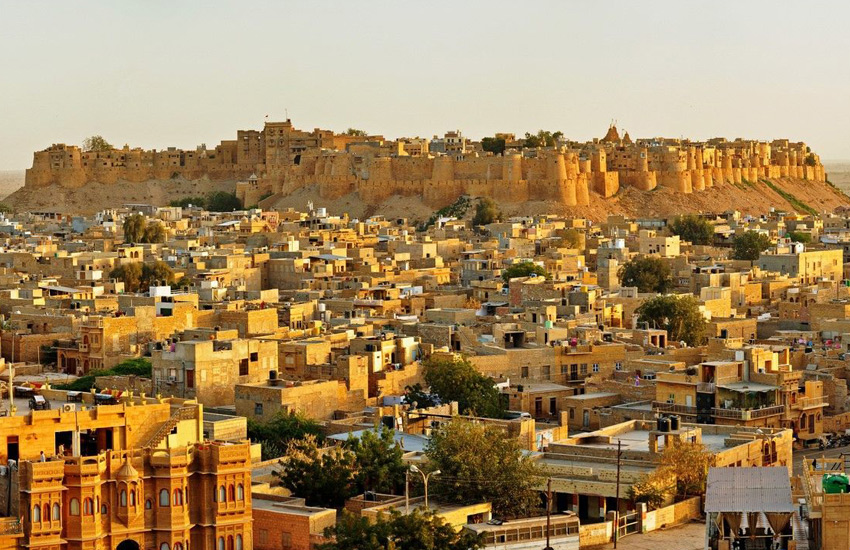 Located in the heart of Thar Desert, Jaisalmer is also called as the Golden City due to its beautiful sun-soaked sand dunes, rich culture & traditions as well as luxuriant forts. Jaisalmer comes under the top 5 cities to visit in Rajasthan because of its forts, temples as well as palaces. Jaisalmer Fort is considered one of the Rajasthan attractions as it is the largest fort in the world. 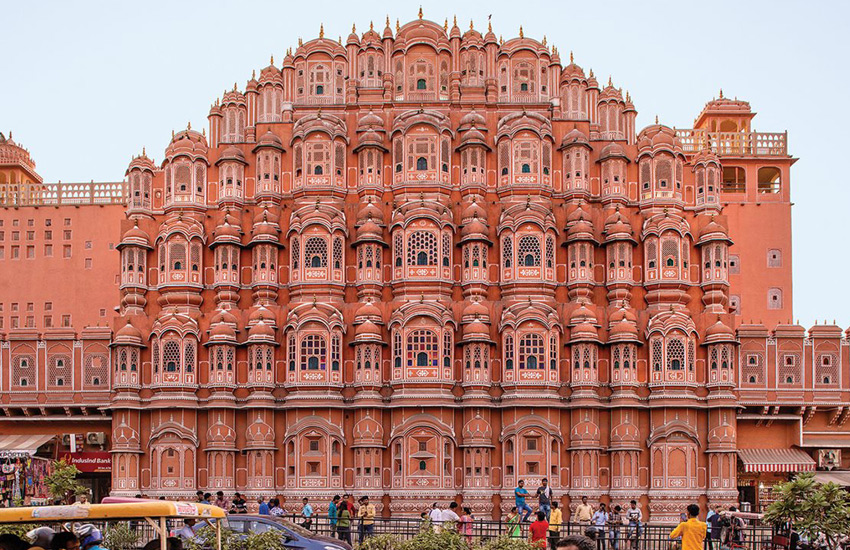 Pink city is the capital of Rajasthan. You can visit this city anytime just avoid the summers because at that time the days are extremely hot. City Palace, Amber Fort & Palace, Jantar Mantar Observatory and Birla Mandir are some of the major attractions in Jaipur. During your visit to this beautiful city, do go for wildlife safari as well as shop Rajasthani crafts, gems and textiles.

This city is an extension of the royalty which you get to see at Jaisalmer and Jaipur. It is one of the royal cities where you can find many forts, palaces and temples. When you visit this city do schedule your stay in Umaid Bhawan Palace which is the heritage hotel in Jodhpur. It is known as a blue city due to the blue houses near Mehrangarh Fort. Do visit all the places and don’t miss the Mehrangarh Fort. 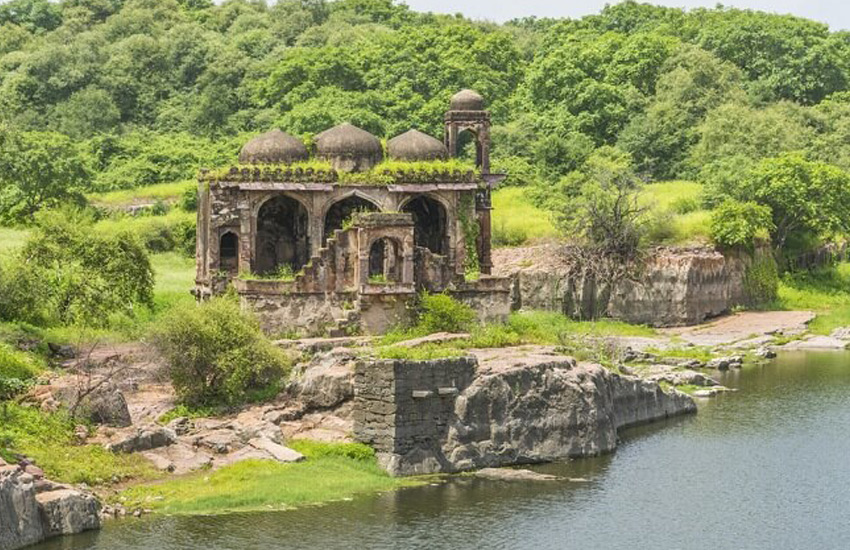 It comes under the top tourist places in Rajasthan. This place is a home to Ranthambhore National Park known for inhabiting tigers. Best time to visit this place is between November to February as you will easily spot tigers at this time. Do go for jungle safari and carry your camera to capture some memories. 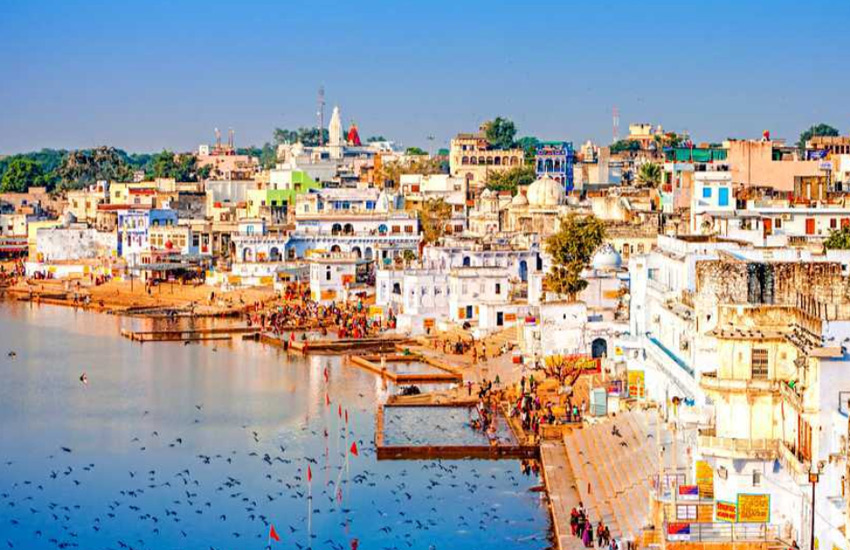 It is one of the holy city known all over the world for its annual camel fair. Pushkar comes under the ancient cities of India and is a famous Hindu pilgrimage due to several ghats that host striking evening aarti every day. You just cannot miss visiting Pushkar if you are a photography lover. 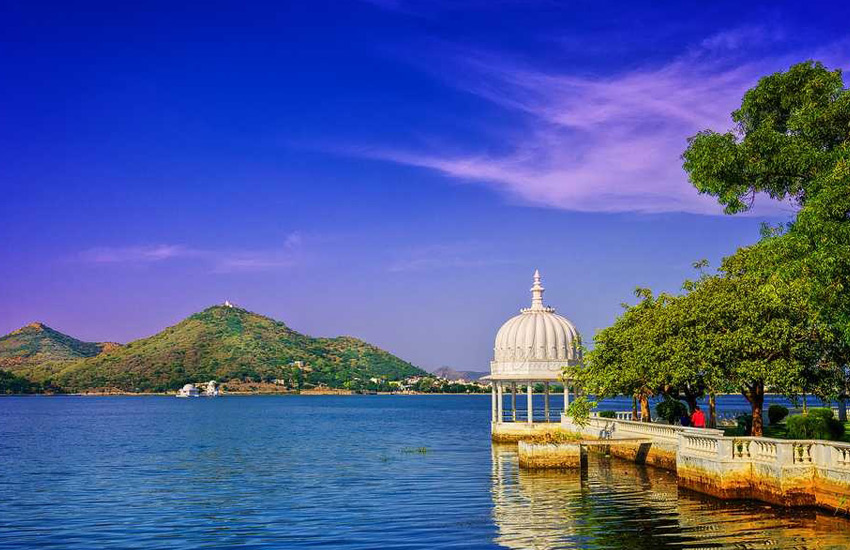 If you are in search of some splendid places to see in Rajasthan, then Udaipur is a one-stop destination for you. This city is also known as Venice of East due to the number of tourist attractions right from Lake Palace, City Palace and Jagdish Temple.

You can schedule your stay in Rawla Narlai which heritage hotel in Jodhpur.

Therefore, these are the best holiday destination in Rajasthan that you cannot afford to miss.

If you are seeking solace from the hectic everyday life, if you are sick and tired of the everyday monotony, we have the right therapy that you need. Rawla Narlai is a heritage resort situated right at the heart of nature in one of the iconic cities of India that is Udaipur. Rawla Narlai is a boutique hotel in Rajasthan which is one of the significant emblems of India’s past royal heritage. The luxury hotel is equipped with all the right amenities to give you a feel of home amidst the royal feel of the place.

This is a perfect heritage resort in Udaipur that has gained popularity over time because of the amazing services. The top reasons for choosing Rawla Narlai are:

Rawla Narlai has always been voted as a topnotch luxury hotel because of its royal hospitality near Udaipur. It has been decades since the rule of the maharajas and the luxuriousness of the royal state of Rajasthan has diminished quite a bit but the dedicated staff has always been very keen to keep up the royal spirits of the place. This heritage resort speaks of the days gone by and the royalty of the state of the state of Rajasthan.

At Rawla Narlai you get to feel the comfort of home at the royal environment of the best luxury hotel in Rajasthan. Our best spa facilities, luxurious poolside are the perfect things that you need to rewind and relax. All you need is a good massage from best of the in-house staffs at our spa which obviously comes with the royal feel that will make you feel like a mighty maharaja!!! Sit back and have a chat with your loved ones, play with your kids and have a lovely time with family at one of the best luxury hotels of Rajasthan.

Rawla Narlai has also gained popularity because it has been one of the most loved and preferred boutique hotels for weddings, family events, social and cultural events etc. It has continuously been rated as the top luxury hotels because of the royal feel, the exquisite arrangement, and the breath-taking views. The impeccable architecture of the hotel is no less than a royal palace of the maharajas.

Apart from the excellent accommodation facilities of the gorgeous Rawla Narlai the most tempting reason to go and explore this place is that it is one of the most loved weekend getaways in Rajasthan. Even if you are not having time for a long vacation, you can always drive up in this lovely luxurious boutique hotel to escape from the cacophony of city life and rewind and refill yourself with loads of energy and memories.

So, don’t think anymore, come and explore this lovely boutique hotel in the lap of the iconic Udaipur.

Are you looking for one of the best luxury hotels in Jodhpur? Don’t worry. We at Rawla Narlai Heritage Resort are ready to provide our services to you. Make your stay to be worth forever in your life including attractive offers from our Misty Mount Resort. Rawla Narlai is one of the best boutique hotels in Rajasthan. It offers you’re the regal essence with modern amenities to stay.

You can taste different delicacies of Rajasthani cuisine like Laal Maas, Gatte Ki Sabzi, Dal Baati Churma, Ker Sangria and so on. The Royal dining in the step well of Rawla Narlai is an unforgettable experience which may be a part of your Rajasthan tour.

We at Rawla Narlai Heritage Resort have the facilities for J Bar, Swimming pool and Narlai Spa to make your stay treasured and enjoyable. We also offer customized packages for a countryside trip. These packages include:

To make an exciting tour including the experience of Royal architecture, culture and hospitality combined with luxurious comfort, you must have to come at Rawla Narlai Heritage Resort.

Located about 82 km from Udaipur in Rajasthan, the fort of Kumbhalgarh is famous for its beauty and strength. The wall of this fort is about 36 kilometres long, and it is called the world’s second and the longest wall of India after Great Wall of China. 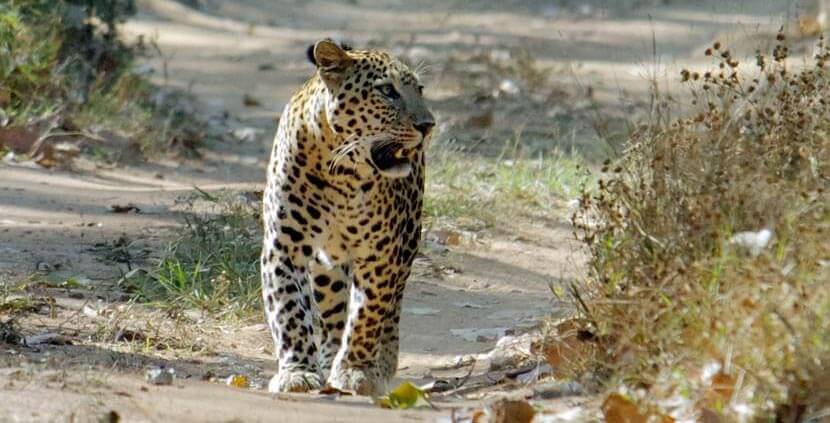 Kumbhalgarh, where the walls are strong as the Great Wall of China.

Located about 82 km from Udaipur in Rajasthan, the fort of Kumbhalgarh is famous for its beauty and strength. The wall of this fort is about 36 kilometres long, and it is called the world’s second and the longest wall of India after Great Wall of China.

The speciality of this wall is that it has 300 temples and it is not visible from space. This fort was also called ‘Ajayagad,’ it is hard to get the victory for any enemy.

Due to the fort and near a sanctuary near this place, this region has become a renowned tourist destination. Not only the fort of Kumbhalgarh, many magnificent palaces and Kumbhalgarh hotels are built here attract visitors.

The construction of this tall wall was done by Rana Kumbha to protect the Kumbhalgarh fort from the enemies. Kumbhalgarh is located in Rajshamand district of Rajasthan. This place is situated in the southern part of the state and is also known as Kumbhimaler. With this fort, there has been a deep connection with Indian history.
Here is the childhood between Prithviraj Chauhan and Maharana Say. Panna Dhay had also hidden up the Maharana Uday Singh in this fort. After the defeat of the Battle of Haldighati, Maharana Pratap was in this fort for a long time. This fort is not only the crisis capital of Mewar, but it has been the place of the glory and legends of the historical heritage.

It is said about this fort that it is built according to the laws of Vastu Shastra. In this fort, entrance gate, ramparts, reservoirs, crisis gate to go out, palaces, temples, residential buildings, sacrificial altar, pillars, umbrellas, etc. were built keeping in mind Vaastu.

Kumbhalgarh wildlife sanctuary is spread over an area of 578 square kilometres, gets its name from Kumbhalgarh fort and covers parts of Rajsamand, Udaipur and Pali districts. It is famous for sheep and wild chickens and was declared Wild Wild Sanctuary in 1971. The four-horned antelope is called ‘Chaosinga,’ and Ghattal in local colloquial is preserved here. It is the only deer in the world that has four horns of a male. It is found only in India. This sanctuary is the origin of the river Banas. The Jain temple of Ranakpur (Pali) comes in this. Kumbhalgarh Fort, which was built during the Maharaja Kumbha, is also included in this.

This is the only sanctuary in Rajasthan where wolves can be found. Other wild animals include hyena, jackal, leopard, lazy bears, wild cats, saffron, Nilgai, Chaosinga (four horned deer), chinkara, and rabbit. During the summer season, visitors can often see a flock of wolves near the source of water. Kumbhalgarh national park is a good place for those interested in birds, like wild gray falcon, pigeons, peacocks, red owls, parrots, golden onions, bullion, pigeons, gray pigeons and white chest Kingfisher. Horse Safari is a pleasant way to roam the area, which is a unique attraction for all nature lovers. You can also visit other wildlife sanctuaries in Rajasthan to enjoy the diverse flora and fauna of Rajasthan.