With the vast and glistening Thar Desert and the Aravallis, one of the oldest mountain ranges in the world. 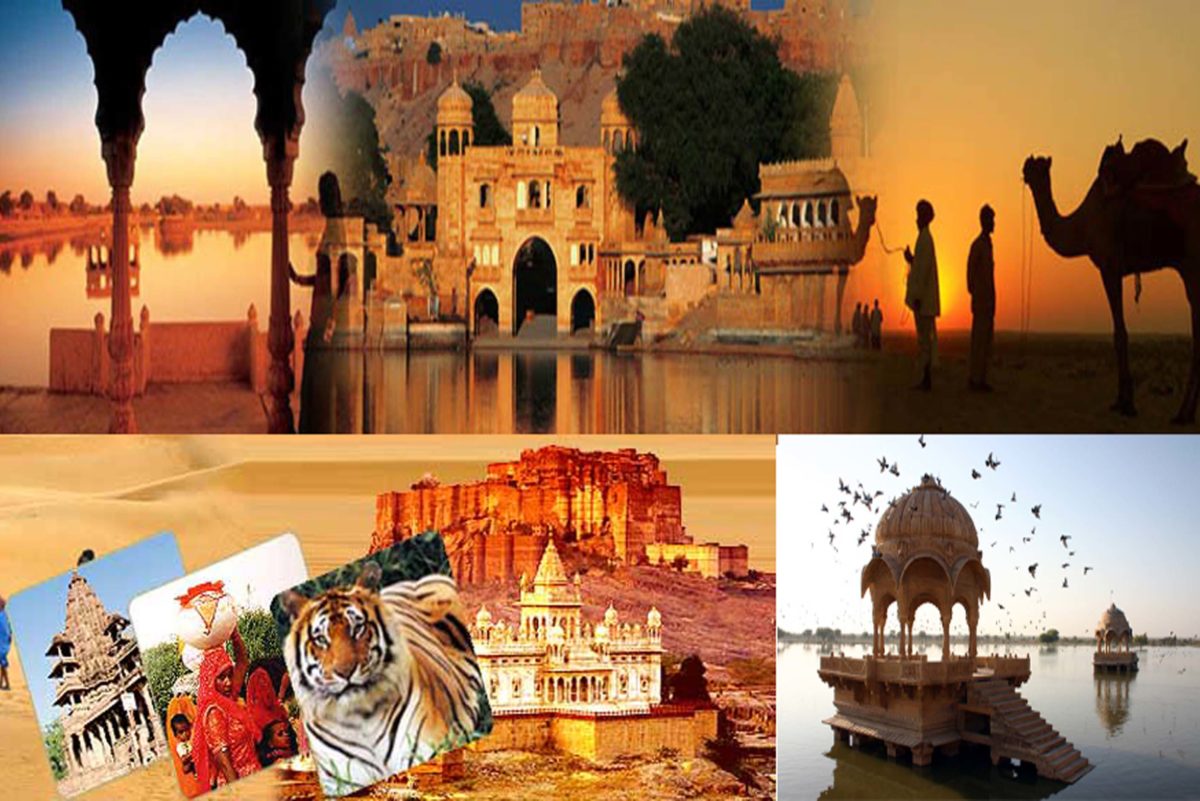 The land of the kings; a world of colour and splendour and camels and cultural riches, Rajasthan with its parched, sandy desert, rich handicrafts, ancient traditions, pastel landscape, and vibrant cities induce a bout of wanderlust impossible to resist and is a traveller’s paradise.

How do you reach?
It’s fairly easy to reach Rajasthan and even more so to travel around. Delhi is perhaps the most obvious and the best gateway to Rajasthan.

1. By Air:
Given the humongous number of tourists who flock to India’s largest and most popular state, it’s fairly obvious to presume that it’s well-connected by air. There are a number of options to choose from based on your itinerary; doesn’t matter if you’re flying in from another country or just any other Indian state. There are 3 major airports in Rajasthan at Jaipur (Sanganer International Airport), Jodhpur, and Udaipur (Dabok Airport) along with the newly inaugurated Bikaner Airport. Jodhpur and Udaipur cater to domestics flights while Jaipur is open both for domestic and international traffic.

2. By Rail:
Comfortable, cheap and perhaps the best way to travel Rajasthan from anywhere in the country; Indian railway network is well-connected to all the major cities in the state. Some of the Rajasthan’s major railway stations are Jaipur, Udaipur, Jodhpur, Kota, Alwar, etc.

3. By Road:
Passing through the state are 20 national highways which span a distance of around 6000 kilometres. Rajasthan is connected to some of the major Indian cities by state highways such as Delhi, Mumbai, Ahmedabad, and Indore. You can also choose to explore the state through public transport. Rajasthan State Transport Corporation has a number of buses running within the state and also from nearby states.

The best time to visit?

Locals and travel experts recommend the period between the months of October to March as the best time to visit the otherwise harsh state. This monthly breakup would give you a fair idea of the state’s climatic conditions and would help you plan your tour accordingly.

1. April to June: These months are particularly harsh with the sun scorching and the temperature sometimes rising up to 52° C. You can always travel to relatively cooler places like Kumbhalgarh and Mount Abu during these months.

2. July to September: A far more soothing experience, the monsoons transform the arid state into a beautiful land. It’s the ideal time if you seek to avoid the state’s clamour that comes with the tourists who swarm the city during the peak season.

3. October to March: Once the monsoon has left, the temperatures begin to drop, sometimes stooping as low as 0°C. The drop in the temperature marks the beginning of the peak season. It’s easily the best time to visit the sandy state and hundreds of thousands of tourists come to the cities like Jodhpur, Udaipur, Jaisalmer, etc. Most of the festivals are planned during these months as tourist attractions.

A stay at Rawla Narlai between Jodhpur and Udaipur would immensely compliment your vacation. Rawla Narlai is among the best luxury resorts in Jodhpur. Book a stay and experience the real Rajasthan.